Process Control with Wonderware and Rockwell, including Recipe Management

Posted in PLC/SCADA on 9th September, 2015 • 3 minute read
Crossmuller were recently contracted to design, build and commission the control software for a new manufacturing line for a leading panel manufacturer.

The scope included working with the client to finalise Process Descriptions which were then used to finalise URS, FRS and Scope.

Standards as the first Step

The initial work involved creating a set of PLC and System Platform Standard Objects for the project. These were built on versions from the late 1990’s which did not take advantage of the advancements in Rockwell Contrologic PLC UDTs and Add-ons, and Wonderware’s System Platform 2014.

This involved writing the PLC and SCADA HMI application for the wet-end of the system whilst another USA based integrator commissioned the stacking side working with us to integrate the two applications together.

Simulation as Part of FAT

As a part of the solution we created simulation PLC code to aid in the FAT signoff at our head office. This simulation gave us very valuable insight into the customer's expectations whilst also providing a means for the customer to see how the final product will look and feel.

It was a critical tool for the project as it also highlighted potential deficiencies in the design of certain aspects that would not have become apparent until we were on site. It also proved very valuable in helping us to clarify the user requirements documentation. This, therefore, saved a great deal of potentially wasted time. Being able to develop most of the functionality at our office meant less time for us on site and helped get the customer running more quickly.

In the end, having the issues sorted prior to going to site meant that the system was commissioned more smoothly than usual, to the effect that we had the customer up and running in 4 weeks. Which was very quick for a project of this size and complexity.

The SCADA application incorporated a fair amount of new Situational Awareness controls...well mostly. The customer liked the concept but felt that there the changes would be too much for the operations teams so the final solution left the valves and motors red and green. However, it was refreshing to get feedback from operators and engineering staff during commissioning who were very pleased with the end result and could see the advantages that SA offered.

Recipe Manager Plus
We also implemented a Recipe Manager Plus solution embedded into the HMI. This allows the operator to select a product from a drop-down list which then downloads machine operating parameters to the PLC.

The use of the new style library in System Platform 2014 also allowed for a more uniform UI, whilst giving us the flexibility to change at a moment’s notice without needing to rewrite or redeploy anything.

Wonderware and Citect working in harmony

For this customer it was also a first time for them to use Wonderware as they are predominantly a Citect site. They could immediately appreciate the benefits of the object model hierarchy used in System Platform over a stand-alone model they are normally used to.

Integration
Crossmuller Achieves Inductive Automation’s Ignition Core Certification and Sepasoft MES Credentials
Crossmuller is now the only Australian integrator to be certified for Ignition as well as credentialled in all of the key Sepasoft MES modules. But what does this mean for you?
Read More »

Integration
What's in an Interface?
It’s like two people negotiating from separate countries, separate cultures, separate forms of reference. Neither can speak each other's language, but they both know English.
Read More » 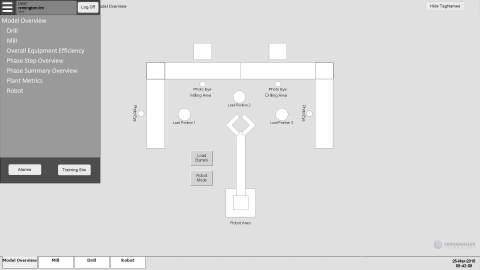 Integration
Crossmuller Standards
Crossmuller Technology has been working toward improving the efficiency of both documentation formation and coding by creating a set of governing standards and example code.
Read More »
top